The International Aerial Competition (IARC) is the longest running collegiate aerial robotics challenge in the world, whose primary goal is to “move the state-of-the-art in aerial robotics forward”. In order to succeed with this ambitious goal, IARC poses challenges deemed “impossible” when introduced. The missions remains the same until one or more teams completes the challenges. The first IARC was held in 1991, and in 2018, the 7th mission was completed. ​The longest mission running, mission 6, was running for 8 years before Georgia Institute of Technology solved the mission.

Following the resolution of Mission 8 in the summer of 2019, IARC released the Mission 9 details the following October. The narrative revolves around a dystopian future, where an AI overlord dominates the earth and patrols the seas using autonomous Hunter-Killer vessels. The team is part of a resistance group based on a remote island. The mission is to take control of one of these vessels using an autonomous drone to replace the communications module on the ships mast with one of our own modules. 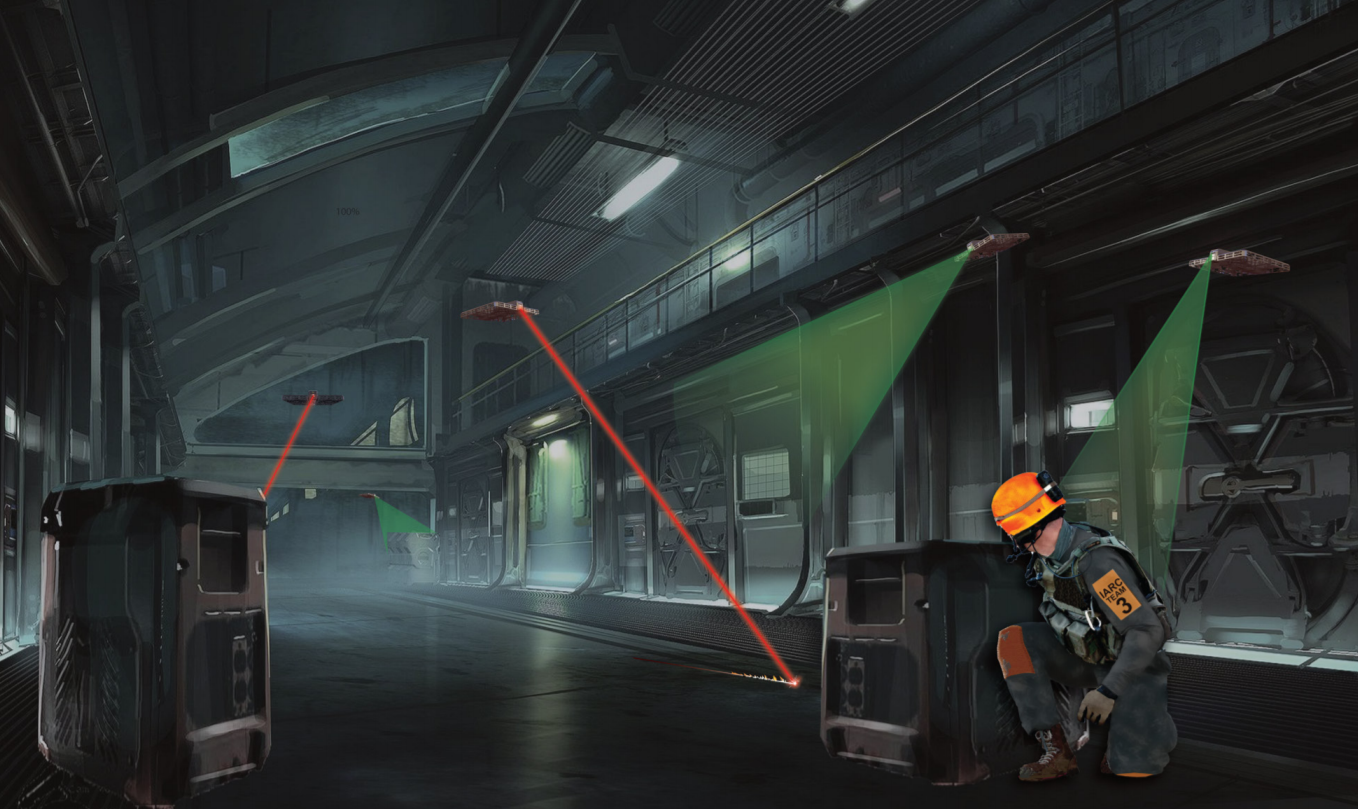 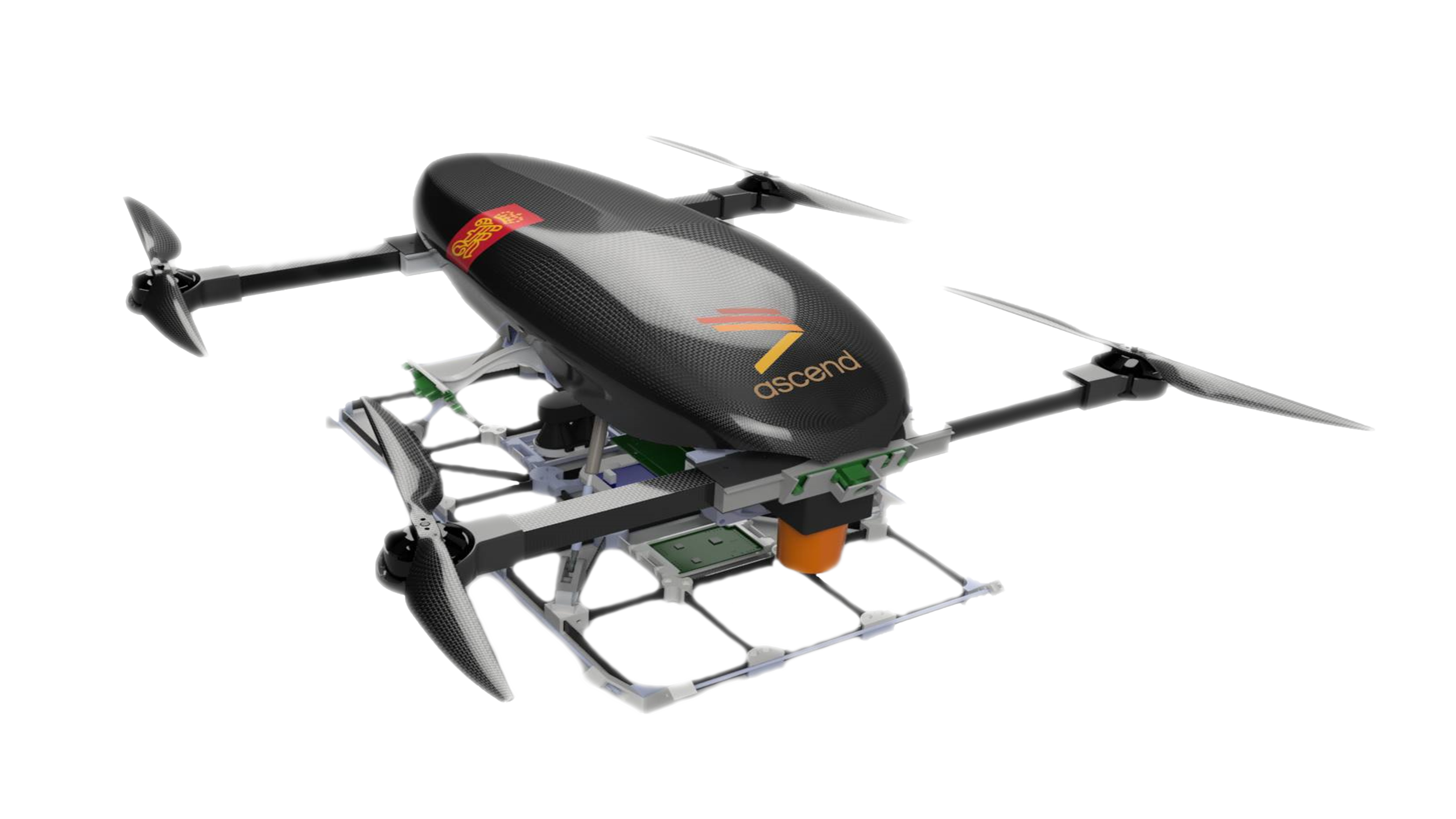 Nostromo is Ascend’s longest-established drone for IARC Mission 9 from 2020 to 2022. In 2020, the development was extended for a year due to COVID restrictions. This granted us time for massive upgrades from the original prototype.

Hardware accessibility is comparably faster and easier. In 2021, the drone’s mainframe design embraced a two-layered structure with additional mounting holes and frame capacity. The triangular-shaped legs have multiple contact points to the front and back arms. The additional frame space improves customizability without redesigning the entire frame. Meanwhile, the curved legs make the drone rigid and vigilant against impacts and pressure.

The software system incorporates conventional deep-learning algorithms for recognizing edges, shapes, etc. Many simplifications were made while using OpenCV as one of our main software frameworks. For example, 3D data processing was done through an off-the-shelf depth camera from Intel. The built-in software solutions fully convert software commands through GPS and orientation data, which serves as the foundation of Nostromo’s behavior. 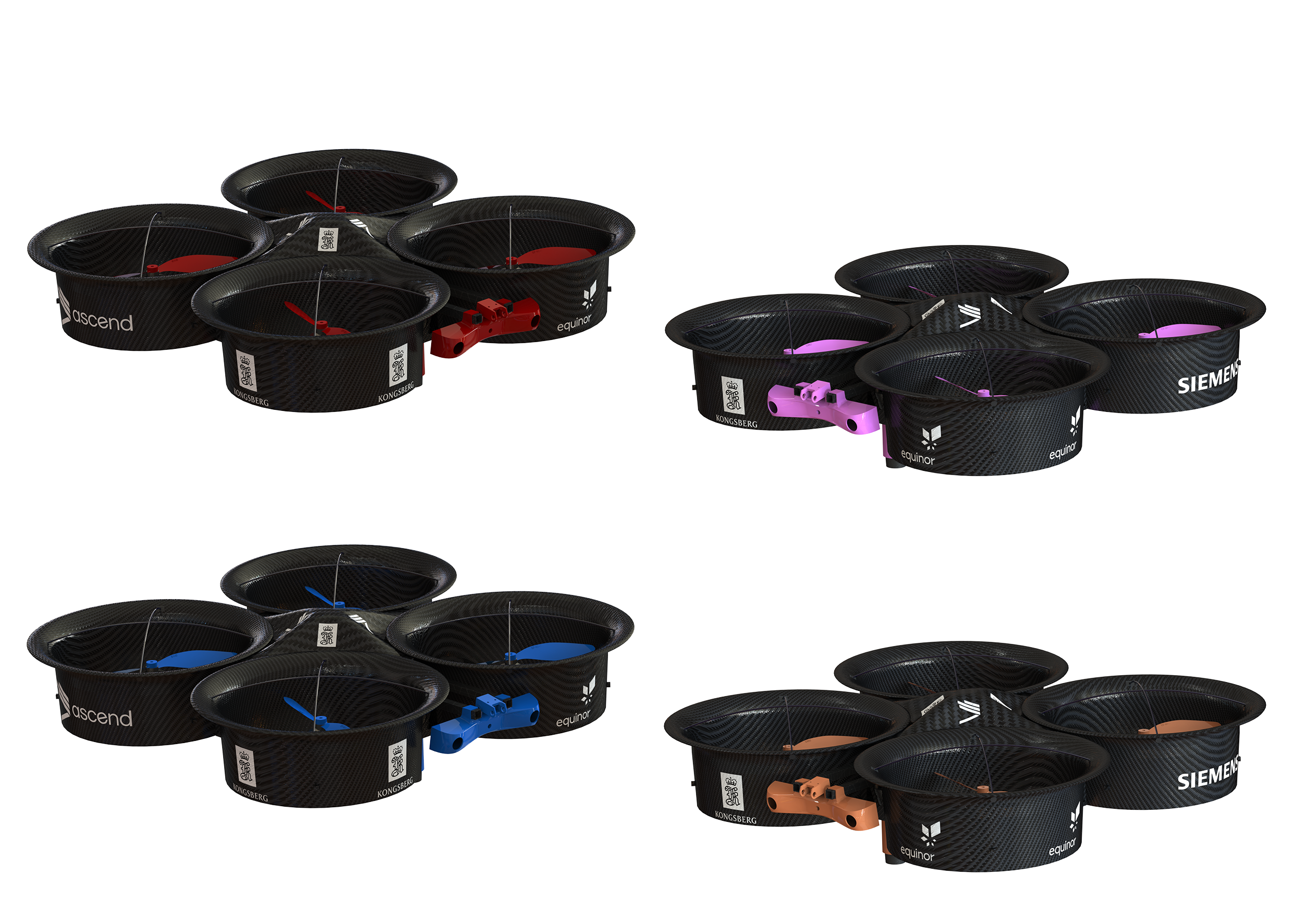 To solve IARC Mission 8, Ascend developed a swarm of four drones from 2018 to 2019. The drones featured carbon fiber ducts around the propellers, providing a 20% increase in lift capacity and ensuring human-safe operation. The rest of the drone frames used carbon fiber and 3d printed parts to ensure strength and lightweight.

Each drone is equipped with an Nvidia Jetson TX2 computer. These provide ample computing power to handle data from stereo cameras and other sensors. The systems were built on the framework of ROS (Robotic Operating Systems), allowing for a modular structure of the software stack from the sensors to the control systems. 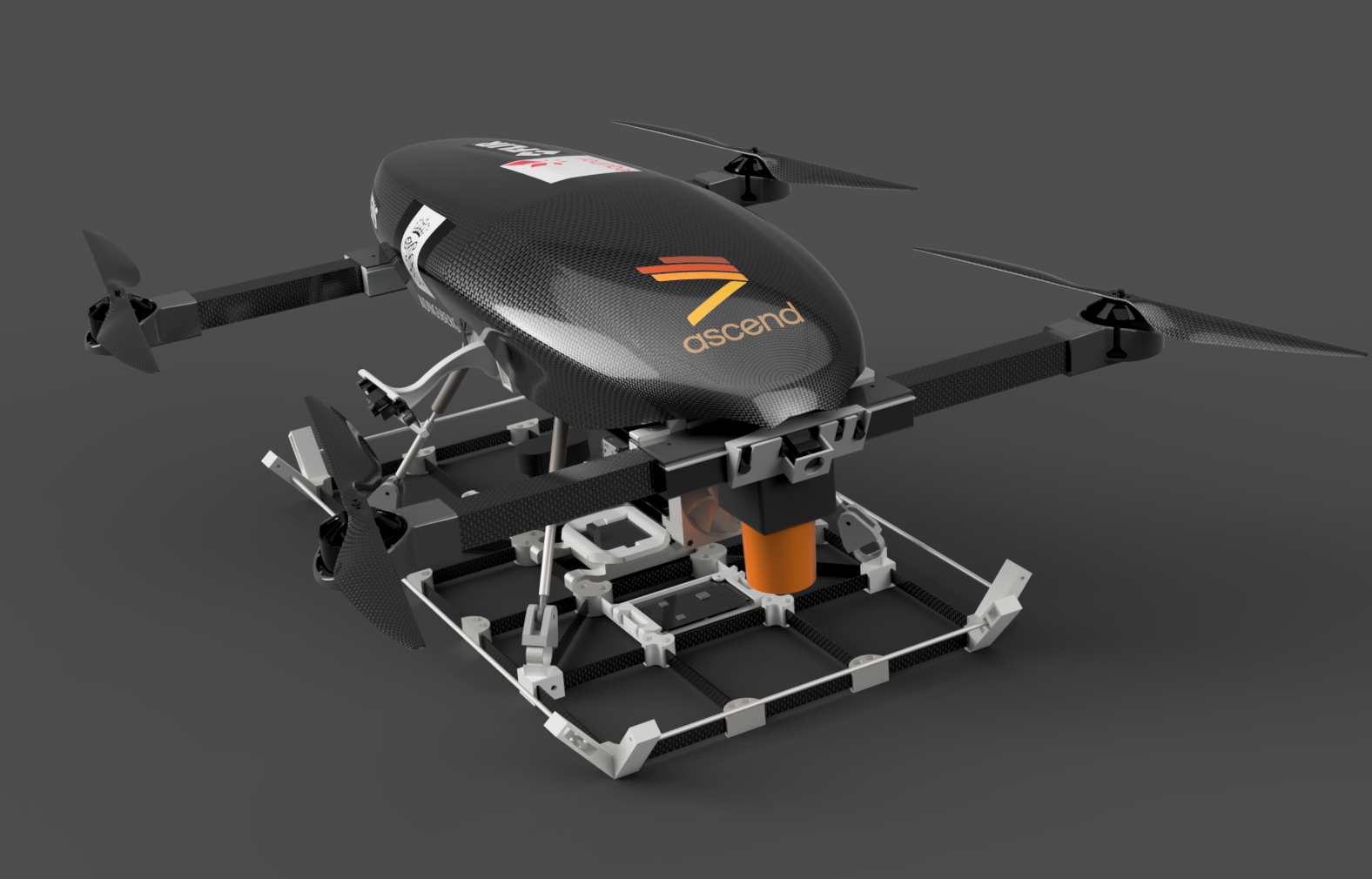 This years drone is a new and improved version of last year´s drone. It got more computing power and sensors than the previous one. The structure of the drone is made out of carbon fibre and 3d printed parts. This makes it modular, which allows easy testing of multiple technologies.​

The drone feature two Nvidia TX2s, which run the operating system based on ROS. The landing gear has multiple sensors for detection of height, landing and physical contact with ground robots. The new and lighter cameras is isolated from the frame to minimize vibrations. Our third quadcopter was designed as a physically robust platform for testing new control software. The small size and low weight means that we can test new control strategies, including landing on ground robots, with less risk of damage to equipment.​

It has a Pixhawk flight controller and an Intel NUC onboard computer running Ubuntu Server with ROS. The custom made frame made of carbon fiber and 3D-printed parts allows compact placement of the hardware and even weight distribution, and well balanced motors from T-Motor minimize vibrations and yields high efficiency. 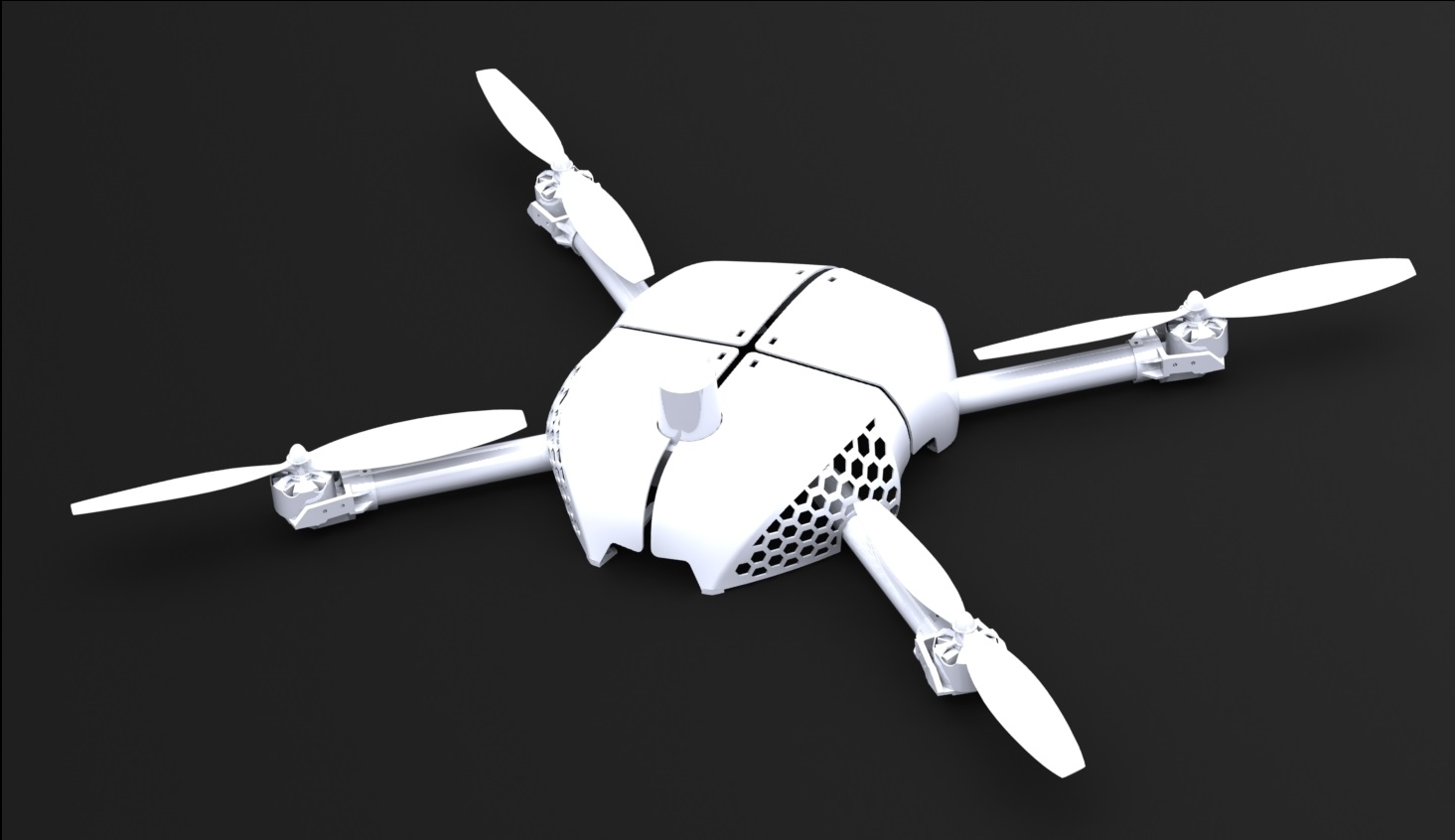 Our second aerial robot is custom designed using carbon fiber and 3D-printed parts. It was build for the 2016 IARC and designed with Mission 7 in mind, and it is able to carry all the equipment we need to herd the target robots across the green line.​
‍
The sensors it has for navigation, ground robot detection and collision avoidance is five cameras, one laser rangefinder, one 2D laser scanner, and an inertial measurement unit.​
‍
The data processing is done using an on-board Intel NUC, in addition to an external computer communicating using WiFi. The flight controller is a Pixhawk connected to the NUC.​
‍
Our software can recognize the lines and corners of the grid, detect target robots and decide when and how to interact with them.